The 15 best podcasts for web designers and developers

Smashing Magazine recently compiled a shortlist of 66 podcasts that web designers and developers should be listening to, while UXcellence’s ‘rather comprehensive collection of design podcasts’ includes no less than 101 shows. We’re spoilt for choice.

There’s something for everybody, for every mood even – from the more practical and techy to the more inspiring and funny. It’s easy to start feeling overwhelmed, however, and keep track of what you really want to listen to. To help we’ve put together an entirely subjective list of our favourite design and development shows right now. The only criterion was that they had to be fairly new and have launched within the last couple of years.

Hopefully, you’ll discover a few shows that you didn’t know yet. Enjoy! 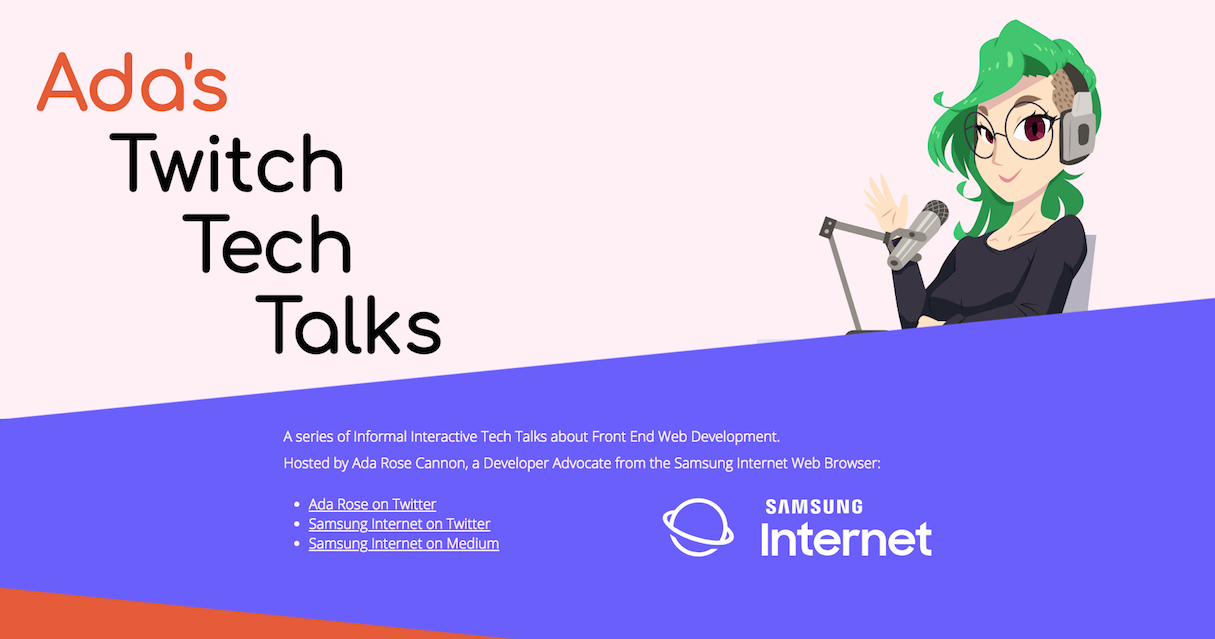 Ada Rose Cannon, a developer advocate from the Samsung Internet Web Browser, has started a series of informal, interactive tech talks about front-end web development, which are broadcast live on Twitch. Viewers are encouraged to ask questions during the stream. The first episode covered isomorphic rendering and how to ensure that a Single Page App loads fast, and the second one featured a chat with with developer Jo Balletti about CSS Grid, Progressive Web Apps, mentoring and more. Both are archived on YouTube. 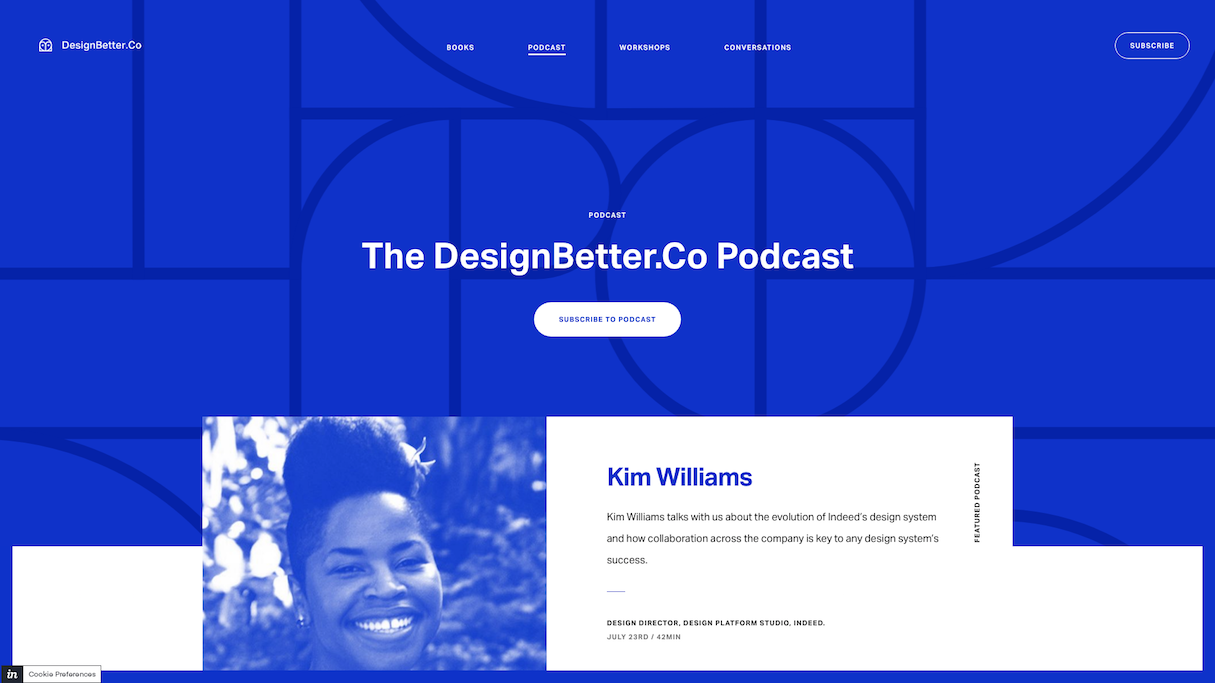 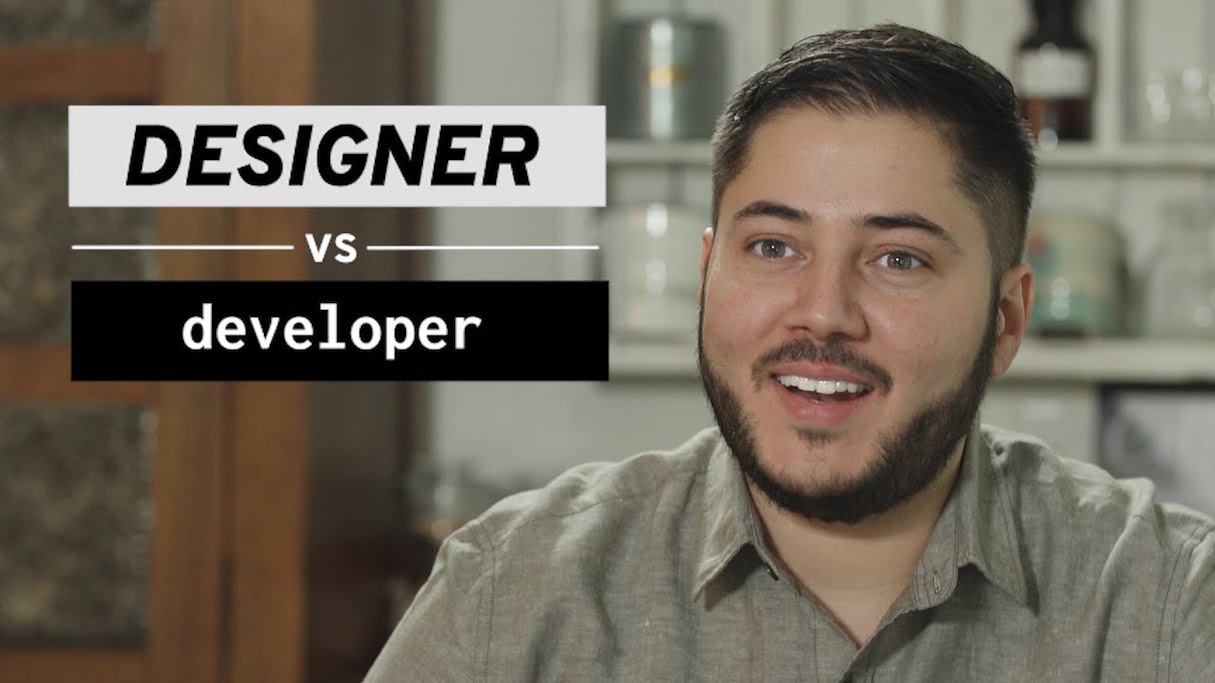 This YouTube show aims to provide takeaways, tools and solutions to workflows by having an open conversation between designers and developers. Mustafa Kurtuldu, design advocate at Google, talks to a different developer every week, and previous topics have included virtual reality on the web (Ada Rose Cannon), designing for great performance (Addy Osmani), and creative ways of prototyping and scenario-based design (Brendan Kearns). Also check out the longer version of the conversations. 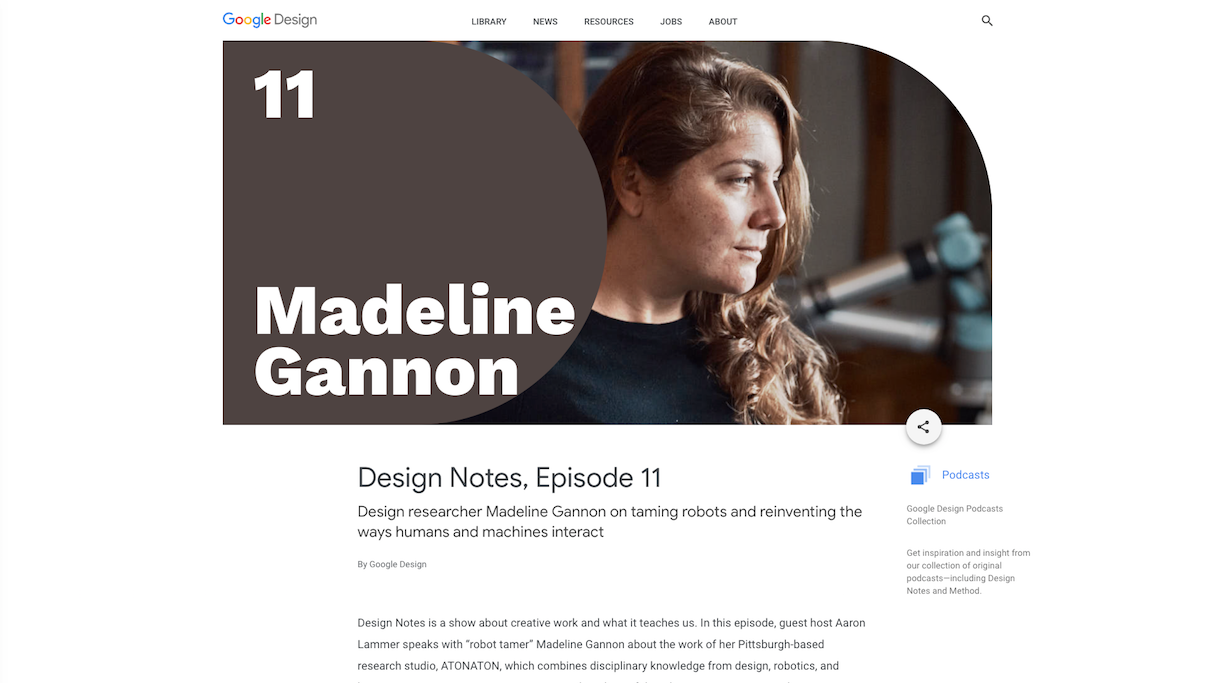 Google Design podcast Design Notes goes in-depth with designers working in diverse creative disciplines. It’s been running for about a year, and has featured chats on gamifying education with Luis von Ahn, co-founder and CEO of DuoLingo; understanding the foundational impact of design with Fictive Kin’s Cameron Koczon; and the parallels between jazz and design practice. Also check out Google Design’s Method podcast, which explores the career journeys of designers at Google. Available in video and audio formats. 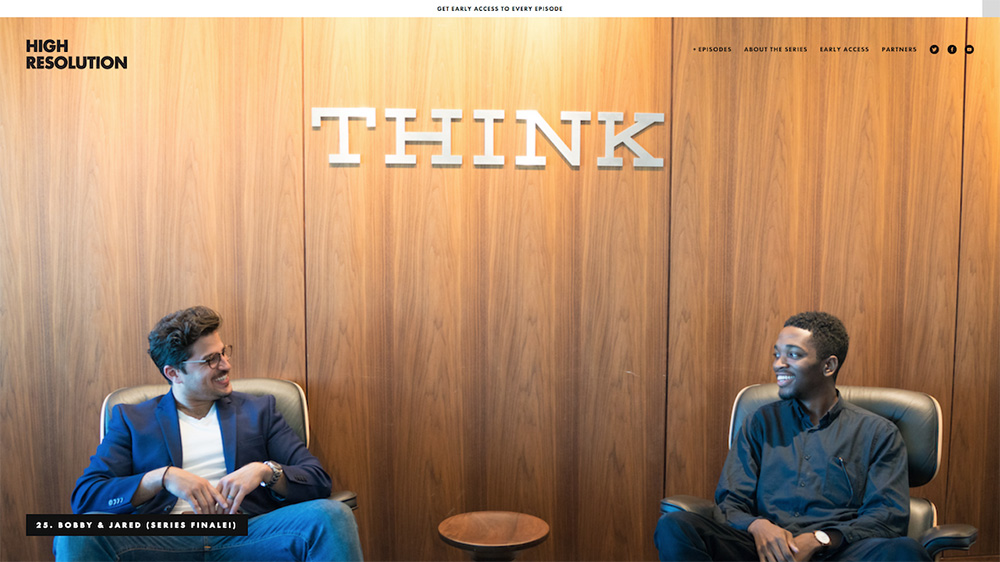 Bobby Ghoshal and Jared Erondu sit down with a guest for about an hour and discuss how they approach, communicate and deploy design. Season 1 of the video series on product design and design thinking features 25 inspiring chats with the likes of John Maeda (Automattic), Kat Holmes (Microsoft), Kristy Tillman (Slack), and Cap Watkins (Buzzfeed). Be inspired and start seeing design in an entirely new light. A real labor of love.

The Humans Strike Back 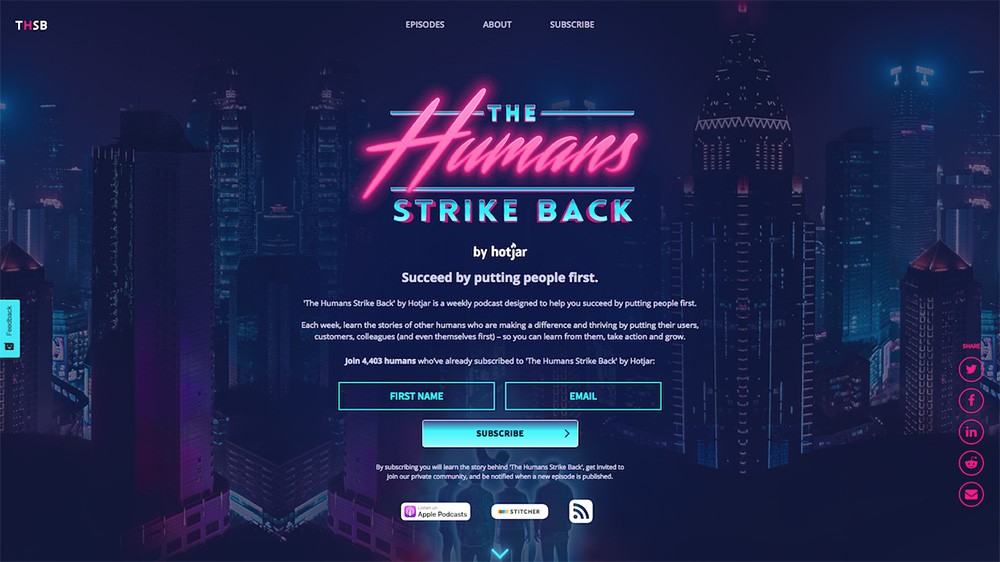 Website analytics startup Hotjar has launched a podcast designed to help you succeed by putting people first. The weekly show features conversations with practitioners from the worlds of product management, design, startups and marketing and started with Rand Fishkin sharing controversial stories of pushing through product changes. In another standout episode UX designer Sarah Doody explains how she validated the concept behind her UX course in just two hours and sold out every seat before she prepared a single lesson. 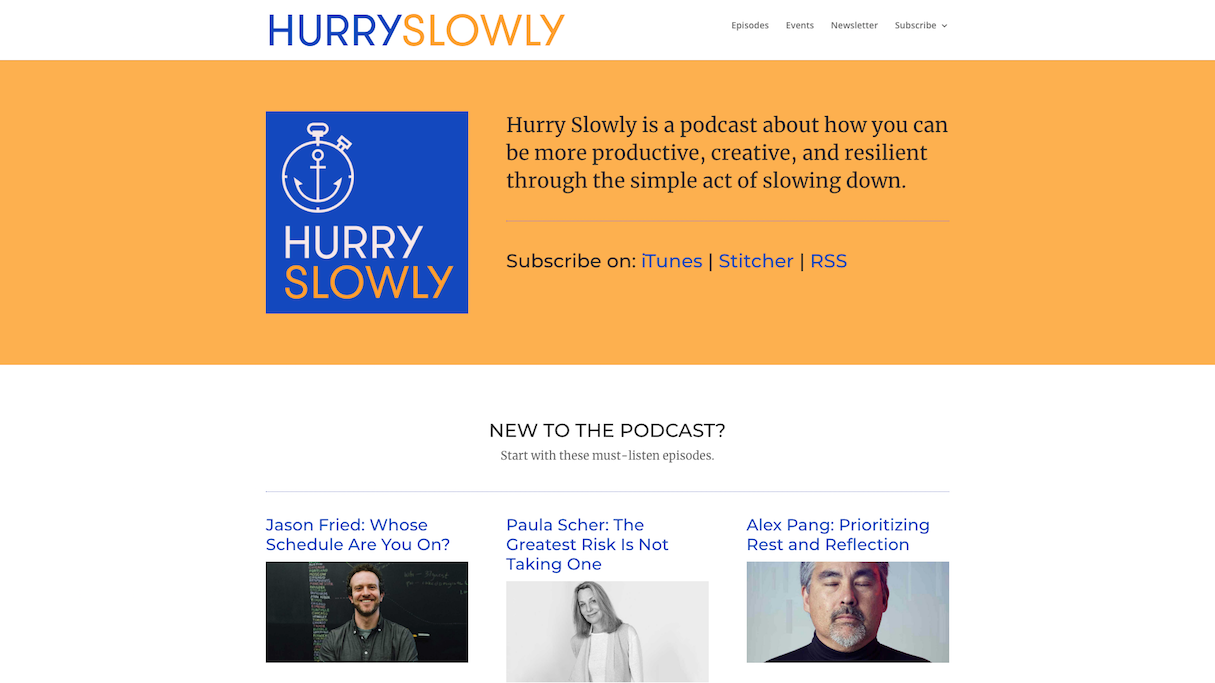 Jocelyn K Glei helps people find more creativity and meaning in their daily work. She’s written four books (including Unsubscribe, a guide to getting rid of email anxiety) and was the founding editor of 99U. She now hosts Hurry Slowly, a new podcast about how you can be more productive, creative, and resilient through the simple act of slowing down. Standout guests of the first 30 episodes include Basecamp CEO Jason Fried, pioneering designer Paula Scher, and Steal Like An Artist author Austin Kleon. Season 2 starts in October. 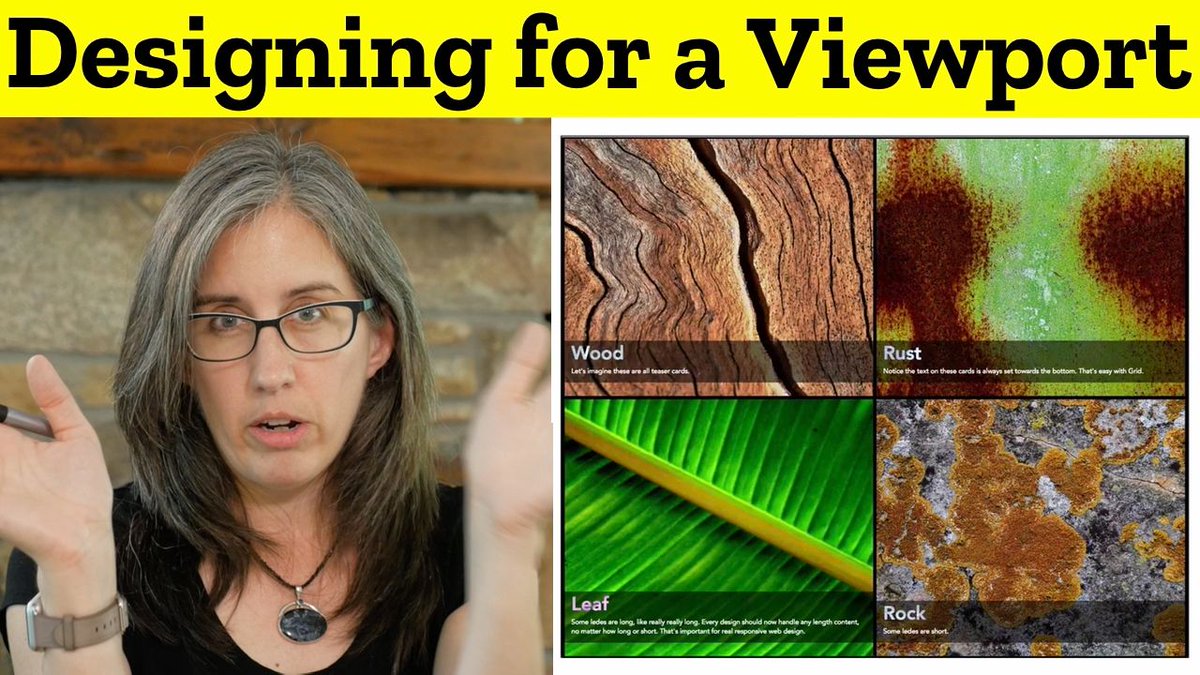 Jen Simmons, designer and developer advocate at Mozilla, also known for her pioneering podcast The Web Ahead (on hiatus), hosts a new YouTube show that’s focused on what’s possible in graphic design on the web. As you’d expect from Jen – one of the CSS Grid experts – Layout Land features a ton of cutting-edge advice from the basics of CSS Grid to cropping images with object-fit. A fantastic learning resource, now in its second season. 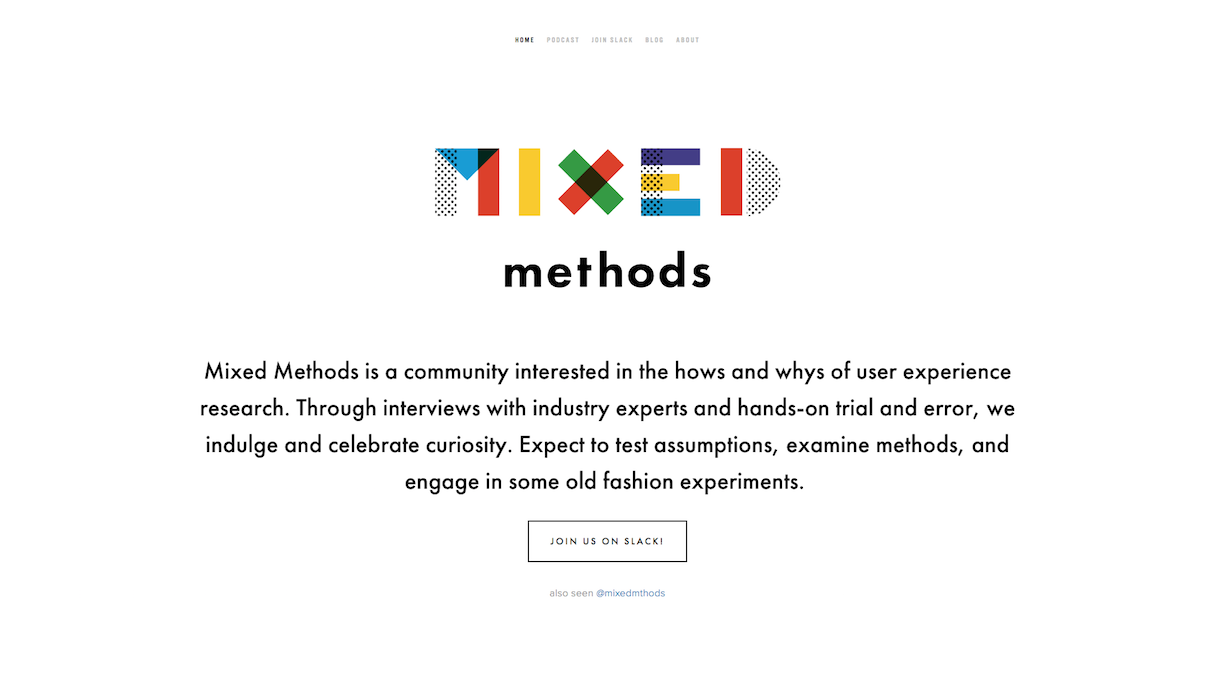 Mixed Methods is more than just a podcast all about user experience research. It’s also a Medium publication and Slack community (4,000 members and counting), started by LinkedIn UX researcher Aryel Cianflone. Guests in the two seasons that have aired since last year’s launch range from household names like Jared Spool, Jake Knapp, and Indi Young and researchers from Airbnb, Google, and Ideo to experts on listening and improv comedy.

The Next Billion Seconds 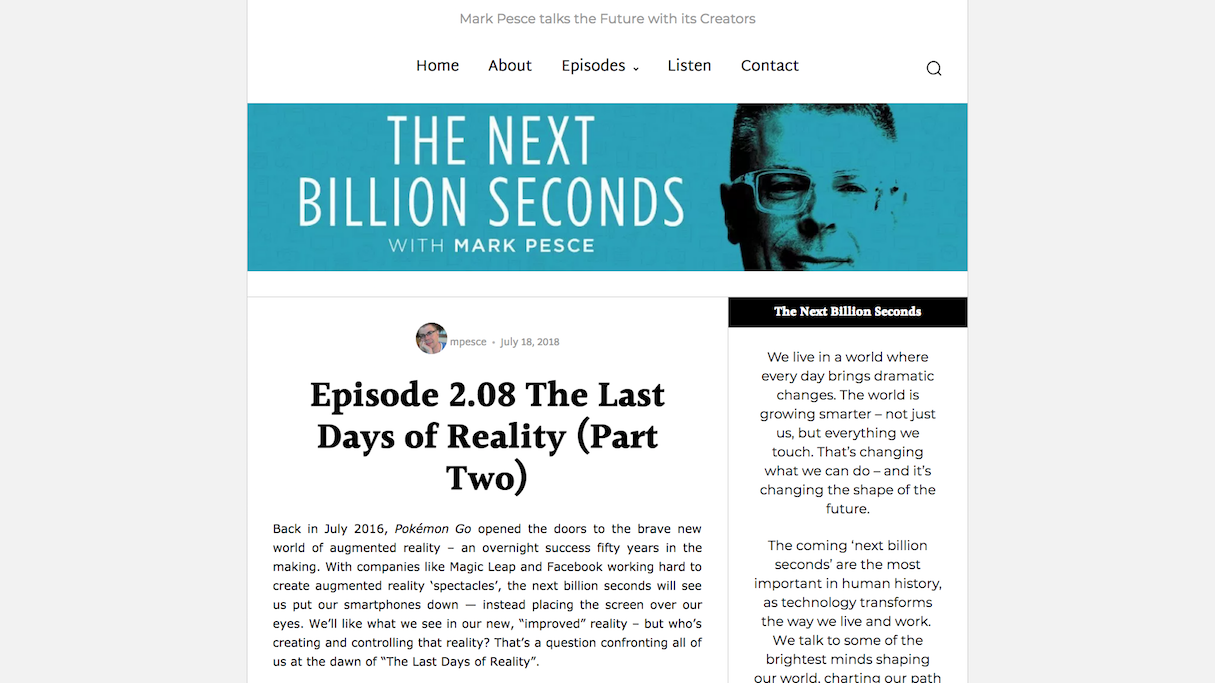 Internet and VR pioneer Mark Pesce spearheaded an effort to standardize 3D on the web as early as 1994. He believes that the next billion seconds are the most important in human history as technology rapidly transforms the way we live and work. In his podcast, he discusses the future of tech, including augmented reality, connected devices, artificial intelligence and more. Two seasons have aired so far, and guests have included John Allsopp, Genevieve Bell, and Tony Parisi. Start with the fascinating recent two-part episode, “The Last Days of Reality”. 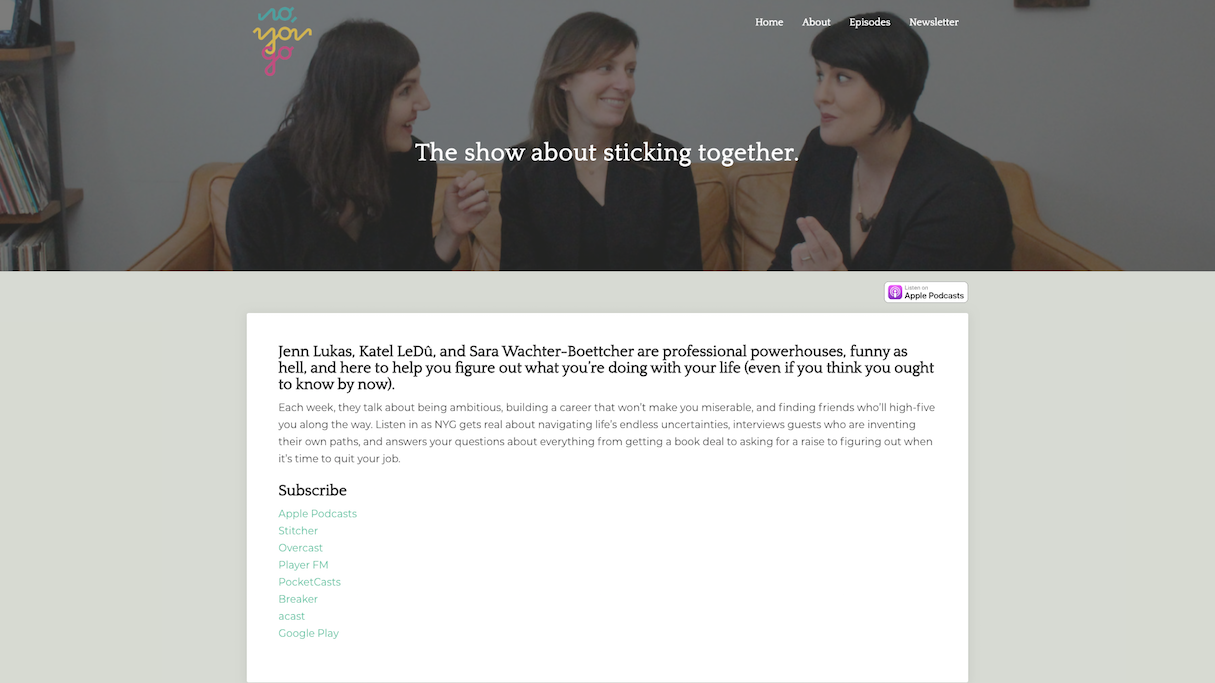 A weekly podcast about building satisfying careers and businesses, hosted by Katel LeDû

(CEO of A Book Apart), Jenn Lukas (currently the UI engineering manager and architect at Urban Outfitters), and Sara Wachter-Boettcher (content strategist and author of Technically Wrong: Sexist Apps, Biased Algorithms, and Other Threats of Toxic Tech). They interview guests and talk about managing jobs and bosses, pursuing goals, and – in their own words – getting shit done, even when the world’s on fire. 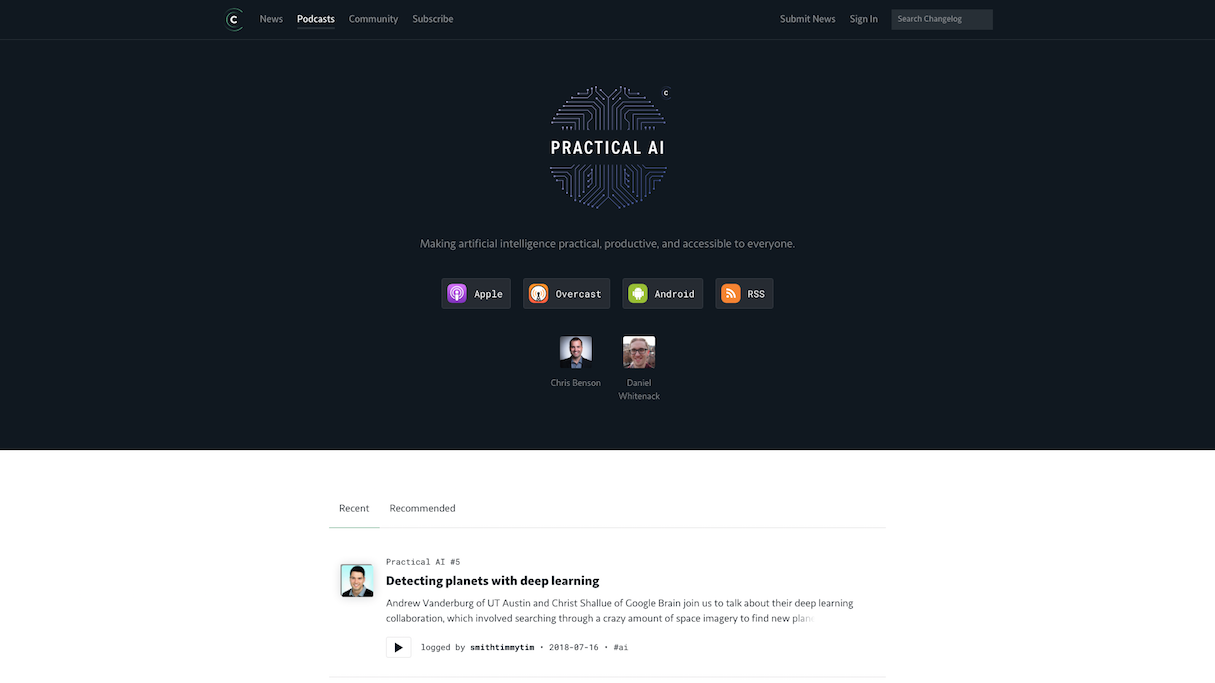 A brand new podcast that aims to make artificial intelligence practical, productive, and accessible to everyone, hosted by data scientist Daniel Whitenack and AI strategist Chris

Benson. So far the show has covered building a company around AI, democratizing AI, detecting new planets with deep learning, and helping African farmers increase their yields with the help of open-source machine learning library TensorFlow. 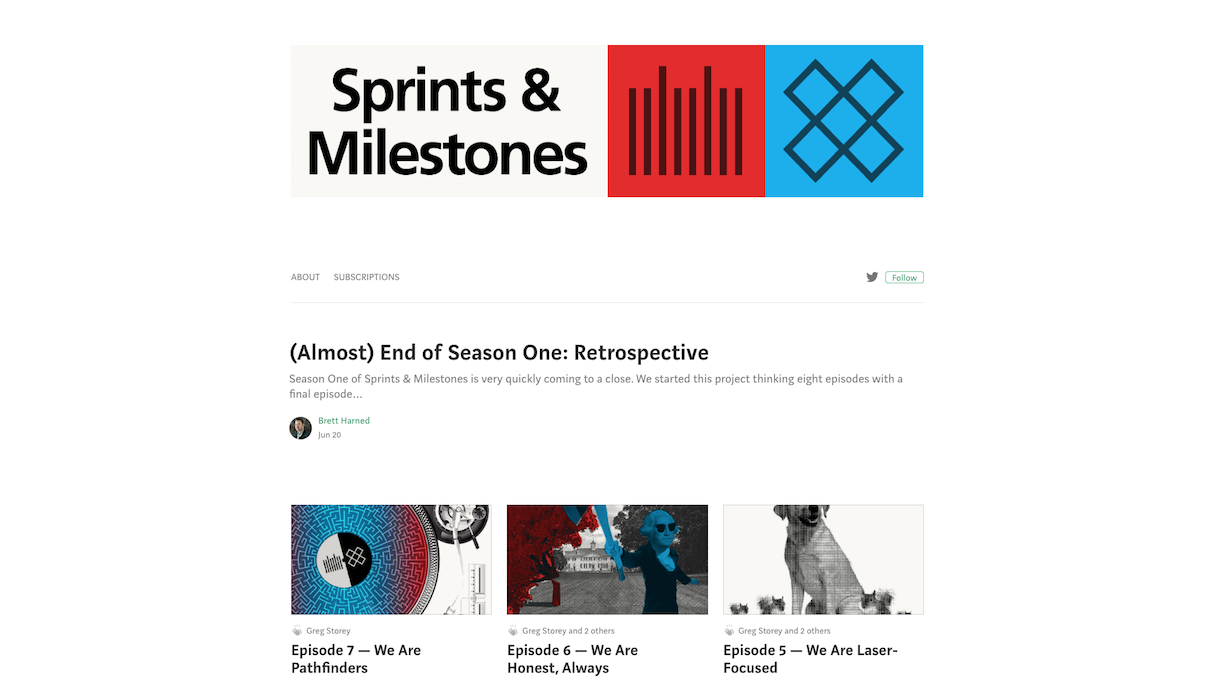 Digital project management consultant Brett Harned and design veteran Greg Storey have launched a podcast to share war stories, tips, tactics, and anecdotes on navigating the sometimes rough waters of getting digital projects done. The first season consists of eight episodes that dig into the principles set forth in Brett’s book Project Management for Humans and topics include building trust, setting expectations, tools to help you think more strategically, and many techniques useful to anyone who has to manage projects. 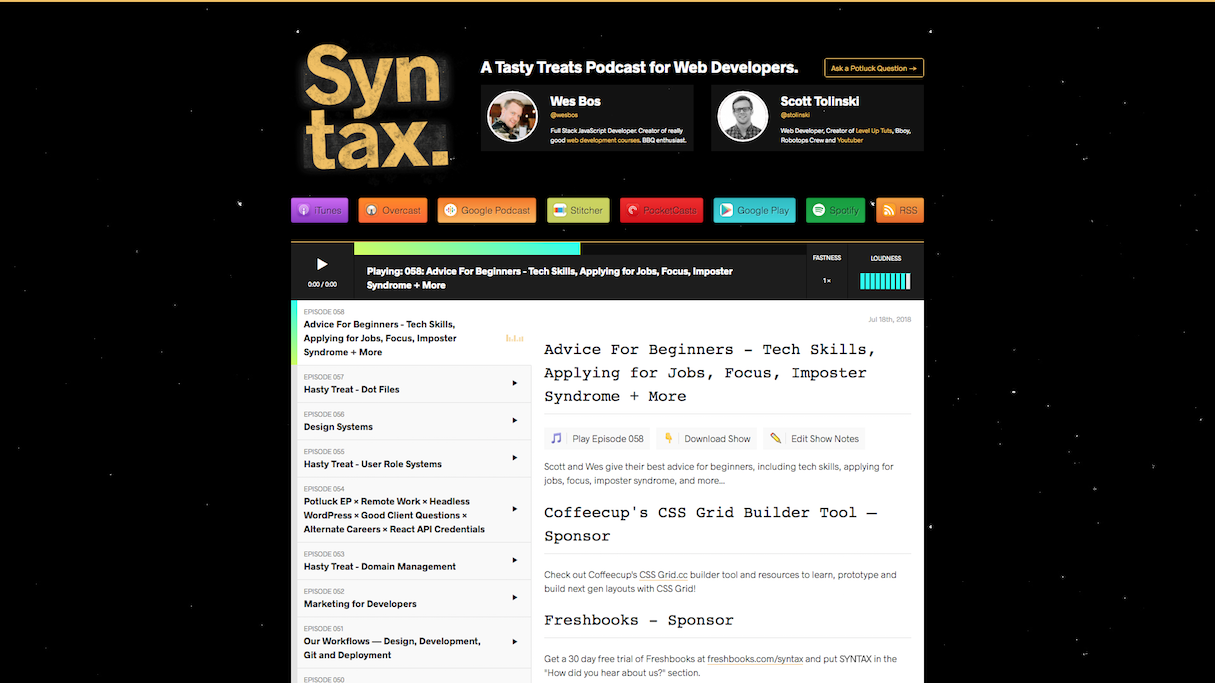 Hosted by Wes Bos and Scott Tolinski, two independent full stack developers who create online training courses, Syntax covers all things web development. Each episode breaks down topics to provide “tasty treats” – applicable tips and nuggets of information to help web developers in their careers. Topics range from how to get better at debugging and static site generators to freelancing advice, marketing, and imposter syndrome.

Mule Design, the agency that also ran design podcast Let’s Make Mistakes, has a new show, hosted by Mike Monteiro, Erika Hall and design strategist Larisa Berger. The first season is tackling the question “What is the job of a designer?”, and guests so far have included Khoi Vinh, principal designer at Adobe; Amy Jo Kim, author, game designer, and CEO of Shufflebrain; and Dan Brown, information architect and co-founder of user experience design studio EightShapes.

Our list wouldn’t be complete without the award-winning show co-hosted by regular Media Temple blog contributor Chris Coyier, the man behind CSS-Tricks and CodePen. Shop Talk Show, recorded live with Dave Rupert and guests, answers questions about front-end web design, development and UX, and has amassed over 320 episodes so far. Recent topics include the Internet of Things, learning React, CSS in JS, and how to break the 12-column grid mindset.

So what do you listen to? What are your favourite shows right now?